Cognitive Dissonance in the board room 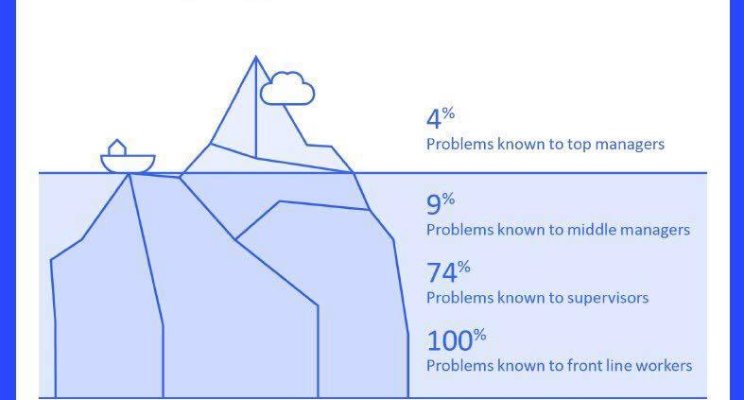 You´ve probably all seen the Iceberg graph, you know the one with Rituals, symbols and heroes above water and the huge part called values below water.

Last week I saw another Iceberg – the one in the picture above.

And then I read this post about a research among 2000 CEO´s and CFO´s at a well established university, Columbia, stating that:

·       More than 90 percent of executives said culture was important at their firms;

·       78 percent said culture is among the top five things that make their company valuable;

·       Only 15 percent said their own corporate culture was exactly where it needed to be;

·       And 92 percent said they believed improving their firms corporate culture would improve the value of the company.

Yet, it seems most board members and Management team members don´t know where to start in stepping beyond quotations on the wall and hiring great speakers. But hey, words don´t change things - actions do.

I´ve got an idea. We call it "building the Best Culture to Perform". It makes your corporate culture and to which extent it supports your strategic goals painfully visible. But it takes guts to participate. It´s not going to be easy. It´s not going to be fast. But as 2000 other CEO´s and CFO´s have indicated – it´s worth your while.  Your people know the words on the wall are BS. They experience the lack of consistency in what is being sad and what is being done. Don´t be like the Iceberg´s 4% - face your cultural challenges, embrace them and then turn them around and use them to leverage the value it gives you.